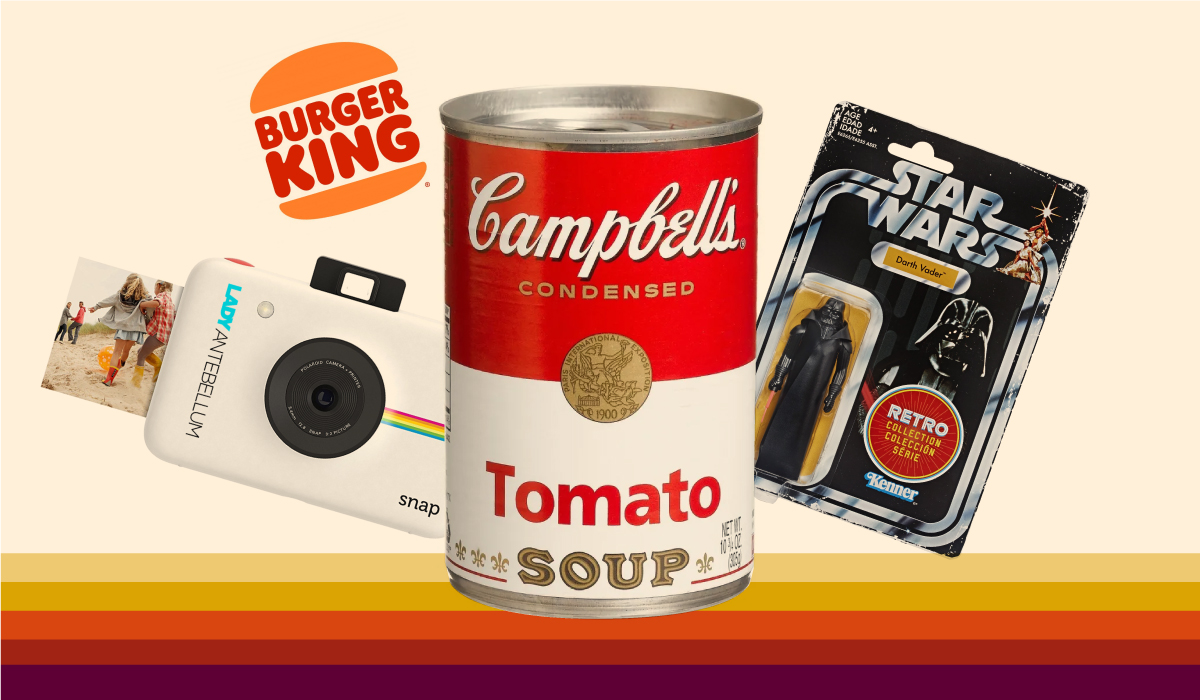 30 Nov Nostalgia Marketing: The Art of Selling by Connecting with Concepts from the Past

Posted at 08:46h in Uncategorized by admin

Transporting us to a more straightforward and undoubtedly happier past has become, especially after the pandemic, one of the most effective tools to connect brands and consumers with a strong emotional component.

In one of the eternal battles between major brands of clothing and sports accessories, Adidas, during the 2006 FIFA World Cup, gave life to the slogan “impossible is nothing.” The brand took advantage of technology to create the José +10 campaign, in which a child plays a game of soccer in his neighborhood with his friends, until stars of the moment such as Kaka, Ballack, Lampard, and Zidane begin to appear. Everything changes when they also incorporate Michel Platini and Franz Beckenbauer, who had been retired for at least two decades, in the flower of their youth.  An invitation to learn from the past for younger fans and a sense of connection for those who remembered the 70s and 80s led to pure nostalgia to sell the timeless side of the sport.

In 2021, this formula seems to be the path that brands and marketers have found successful to reach or reconnect with a new generation— a generation that facing an uncertain future prefers to look back.

The relativity of time

In the new audiovisual entertainment ecosystem, dominated by companies like Netflix, we can see the natural appeal of nostalgia. Recently, Kobra Kai, a hit series, has sparked a renewed interest in the original Karate Kid film from 1985, while sequels have been made to iconic series from the 90s such as Full House, Roseanne, and Saved by the Bell. The much-anticipated Friends reunion took place, and HBO is preparing to release the new season of Sex & The City. Likewise, Michael Jordan’s documentary The Last Dance about the last Chicago Bulls dynasty of the late 1990s became a sports classic. The public was craving nostalgia.

During times of anxiety and uncertainty, people find comfort in nostalgia. Our memory of past events provides our mind with a feeling of security by transporting us to past times where the environment was different. The concept of security is vital in the times of uncertainty we are facing, thereby supporting the generation and application of marketing strategies for nostalgia.

In a recent rebranding of Burger King, the fast-food chain adopted a logo that resembled the one used between the 1970s and 1990s. So, despite its menus covering current trends like vegetarianism in restaurants in the United States and Europe, the customer travels to the past with the logo.

We already saw Pepsi relaunch Crystal Pepsi, its transparent drink, and Nintendo recreated the classic NES with an almost identical replica in a smaller format along with 30 games pre-installed so that Mario and Luigi’s adventures can be relived.

As Adidas and Burger King showed their approach to nostalgia, other brands have brought these “flashbacks” to the past into the realm of experience. Pizza Hut, for example, released a PAC MAN pizza box with an augmented reality game that awarded the winner a custom machine from the famous Atari game.

By staging the first game in the Field of Dreams in August 2021, Major League Baseball won the hearts of its most romantic fans after its criticism for reducing its season in 2020 in the heat of the pandemic. This Iowa location was the setting for the famous movie starring Kevin Costner in 1989 about a farmer who builds a baseball park so that the ghosts of players from the early twentieth century would play there.

Even the music industry has embraced nostalgia on a whole new level with the return after decades of the Swedish group ABBA with an unreleased album, Voyage. As an experiment, it appeals simultaneously to several generations rediscovering or discovering an entire songbook in pop music for the first time.

When used authentically, nostalgia boosts engagement because your audience feels compelled to share their experiences. Find ways to ‘throwback’ to a time that means something for your business, and your audience will appreciate it.

Want to discuss this topic further? Chat with us to see what we can create together.